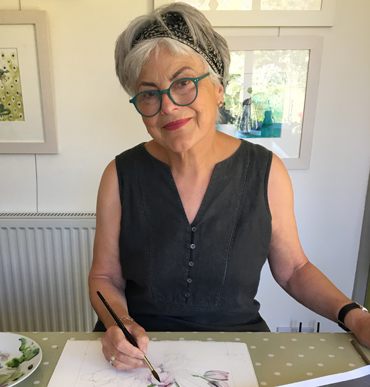 Flowers are my main subjects. My love of geometric pattern has been with me for as long as I can remember - I love my garden and I love my studio and sometimes it can be a battle between the two.